Infinitrap: Rehamstered is the long awaited remaster of Infinitrap: Ohio Jack and the Cup of Eternity. An independent game by Shadebob Games, Infinitrap Rehamstered brings faster, more action packed gameplay, updated graphics, a solid story and a beautiful sense of humour to round off everything. 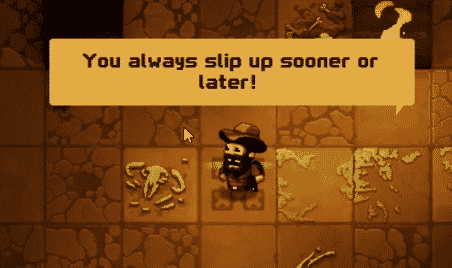 You play the game as Ohio Jack, the second best adventurer in the world on his daring quest to gain the power of Immortality, by acquiring the legendary Cup of Eternity. Along the way Jack must dice with death regularly as traps, monsters and cute hedgehogs try to kill him at every turn. Before he knows it, Jack is dragged into a world from which the only escape is to acquire his prize, discovering along the way that immortality isn’t all it’s cracked up to be. 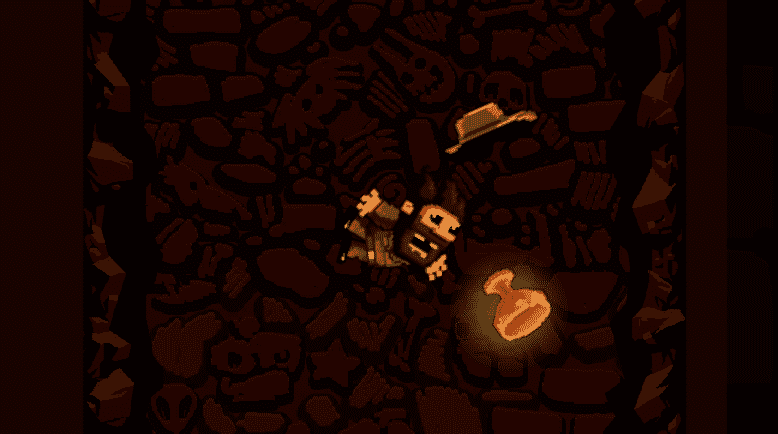 Quirky character interactions, bad puns and excessive and brutal gore make for a hilarious and wacky experience that can be enjoyed by just about anyone. Some parents might be a little worried about the blood, but I saw worse things in games during my childhood and I turned out fine.

We reached out to Yanick Bourbeau of Shadebob Games for comment: “Infinitrap : Rehamstered was an attempt to better understand the game market. I spent way more time to understand that part than on my previous games. This is why I am porting the game to as much platform as possible. To amass knowledge. At the same time, I also wanted to make a game that people will enjoy, not all of them but those who have a taste for hardcore gaming.”

The game feels nostalgic with smooth, enjoyable gameplay, beautiful graphics by Stefan Sava, and a retro sounding 80’s soundtrack by Chan Walrus. The character interactions are enjoyable and despite the gore, the game is actually quite funny. Stefan has even designed a few short webcomics set in the Infinitrap universe! 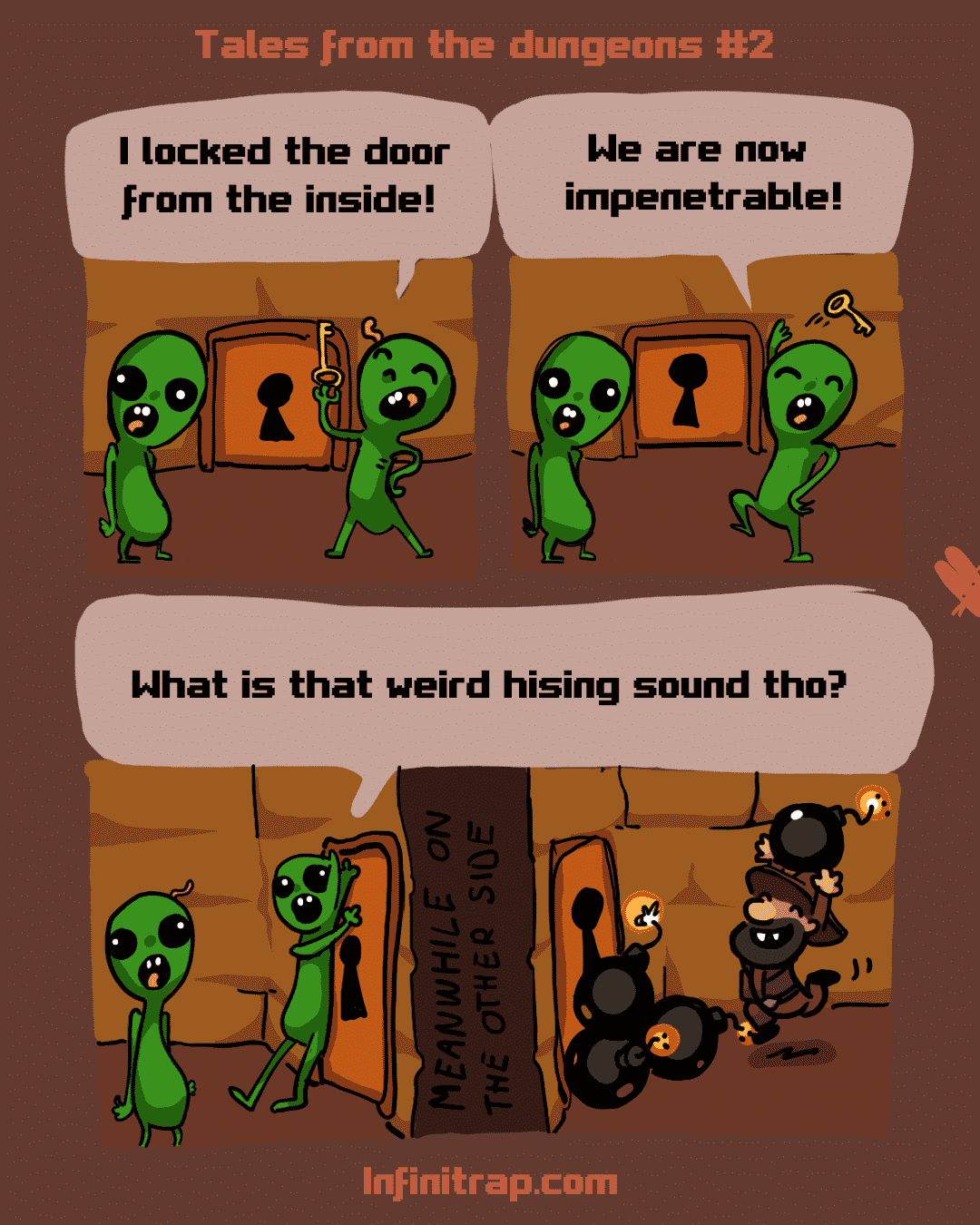 There are a series of interesting foes you can come across in the Underworld where Infinitrap is set. Scary ghouls/zombies stalk the corridor looking to cannibalize anything they can sink their teeth into. Strange fish-men lurk in lava waiting to strike. Lonely stone statues want to give you a hug, whilst cute hedgehogs scurry around waiting for you to accidentally run into them. There are also some heroes and villains down there, but telling you more would be a major, major spoiler.

Infinitrap wouldn’t be half the game it is without the trap! Annoying darts whizz in different directions at perfectly timed intervals to hit you! Fireballs hurtle past you as you duck, dodge and weave, trying to survive. Rolling boulders roll too fast to gather moss, fast enough to squash you if you don’t think quickly about things! Giant blades spin through the environment as the floors crumble away revealing treacherous spike pits! The game is thoroughly enjoyable, if, at times, a little hard.

One of the most interesting things about Infinitrap: Rehamstered is that it features a fascinating game mechanic in which you can exploit your own failures to achieve success. When you die in the game, your battered corpse is left behind. If you happen to die on a spike trap or in lava, you can use your dead bodies as safety platforms to jump on, and the more times you die, the more bodies you leave behind. This means that just about anyone with enough determination can win what is on the surface quite a hard game. It’s a game mechanic I enjoyed tremendously. The first time I saw my dead body, I thought it was kind of like a glitch, but as I died more and more and the bodies piled up, I realised that sometimes, in death Jack can be more useful than he was in life, at least without my clunky fingers on the keyboard.

Infinitrap feels like a combination of great ideas brought together in one fantastic package. From the bomb blasts reminding me of playing Boom and Bomberman, Ohio Jack feeling like a homage to Indiana Jones and the hedgehogs for some reason reminding me of Bubble Bobble, the game feels like the old shareware games I used to enjoy as a child. I highly recommend it for anyone who loves a decent retro game and wants to get the feels back! I do have a crazy theory about the game but I’ll save it for the end of the review!

Cons: A little too challenging, limited enemies, the rotating traps look cool but out of place.

5 Bits of Gameplay Advice from your fellow adventurer!

One of the things I mentioned in the game is the bizarre death mechanic where when you die in the game, you leave your body behind. You can then jump on your bodies and build bridges out of them. I have an eerie feeling that Jack doesn’t need the cup to become immortal, rather he has become immortal since going underground. Even being around the cup has given him that power because as he dies again and again throughout his adventure, he gets to live again. If I wanted to push that further, I think some of the skeletons he meets in his adventure that try and help him are possibly previous Jacks who died a long time back, and that he’s been in the Underworld for a long, long time.

You can get Infinitrap: Rehamstered on: Steam for PC, Mac and Linux, Xbox, Gamejolt and Itch – Coming soon to Nintendo Switch!

We use cookies on our website to give you the most relevant experience by remembering your preferences and repeat visits. By clicking “Accept”, you consent to the use of ALL the cookies.
Cookie settingsACCEPT
Manage consent

This website uses cookies to improve your experience while you navigate through the website. Out of these, the cookies that are categorized as necessary are stored on your browser as they are essential for the working of basic functionalities of the website. We also use third-party cookies that help us analyze and understand how you use this website. These cookies will be stored in your browser only with your consent. You also have the option to opt-out of these cookies. But opting out of some of these cookies may affect your browsing experience.
Necessary Always Enabled
Necessary cookies are absolutely essential for the website to function properly. This category only includes cookies that ensures basic functionalities and security features of the website. These cookies do not store any personal information.
Non-necessary
Any cookies that may not be particularly necessary for the website to function and is used specifically to collect user personal data via analytics, ads, other embedded contents are termed as non-necessary cookies. It is mandatory to procure user consent prior to running these cookies on your website.
SAVE & ACCEPT