People are more linked than they have ever been in history because to the emergence of social media. However, our dependency on social media might be harmful to our mental health, with the average British person checking their phone up to 28 times per day. There are numerous social media networks popping up from time to time. I fondly remember MySpace (Thanks for the memories Tom!) and Bebo. Then the social media killer, Facebook appeared and absorbed entities that were cropping up such as Instagram, Whatsapp, and many more! Twitter is another one of the giants that made a huge splash and Tweets seem to make up around 90% of what the media seems to be interested in. Funnily enough many of the Tweets that used to annoy people from Donald Trump came from Dan Scavino, the White House’s press secretary at the time. Still a lot of people reacted badly to them.

When it comes to social media platforms they come and go, sprout up and are engulfed, recently TikTok has joined in the mix, exploding onto the scene whereas older favorites such as Snapchat have been on the slow decline for a while now. Gab and Gettr are free speech platforms the latter being a newer addition to the social media world wheras Gab has been about for a while.

While social networking networks have their advantages, overusing them might make you feel increasingly dissatisfied and lonely over time. It can have a degrading effect on your mental health, and it’s important to recognize that. In this article I will not only look at mental health and how it’s effected by social media, but also look into how to deal with these issues. I hope that it will help!

Instagram: One of the big issues with Instagram is filters. These can have a huge effect on people’s self esteem, especially when it comes to looking at all the nice, beautiful, (filtered) people out there who look wonderful and perfect. Instagram has been said to be more harmful than good for people’s mental health.

Twitter has been cited as having a serious effect on people’s sleep patterns and mental health. This is something I myself have had to deal with at times, because just as I want to go to bed Scott Adams has something interesting to say or I get into a debate about the mandated covid vaccinations. Before I know it, my heart is going in my chest and it’s going to make sleep a NIGHTMARE.

Facebook can have similar problems too, you can end up in a debate, feeling awful because people misconstrue your posts. Maybe you feel jealous of others likes and reacts. It’s interesting to note that NO one gets likes and reacts like my Nepali and Indian friends. They are waaaay more popular than I will ever be!

So with these examples in mind we have to accept that the usage of social media over a prolonged period certainly has it’s risks. I’ve fallen out with many people over social media which is weird, because knowing them in real life, I wouldn’t have fallen out with them in a normal conversation. The lines become blurred and people make assumptions about statements that have been made… It can be really devastating over a long period of time dealing with these kinds of things. I started writing a book on them a while back but ended up putting all my articles online instead. 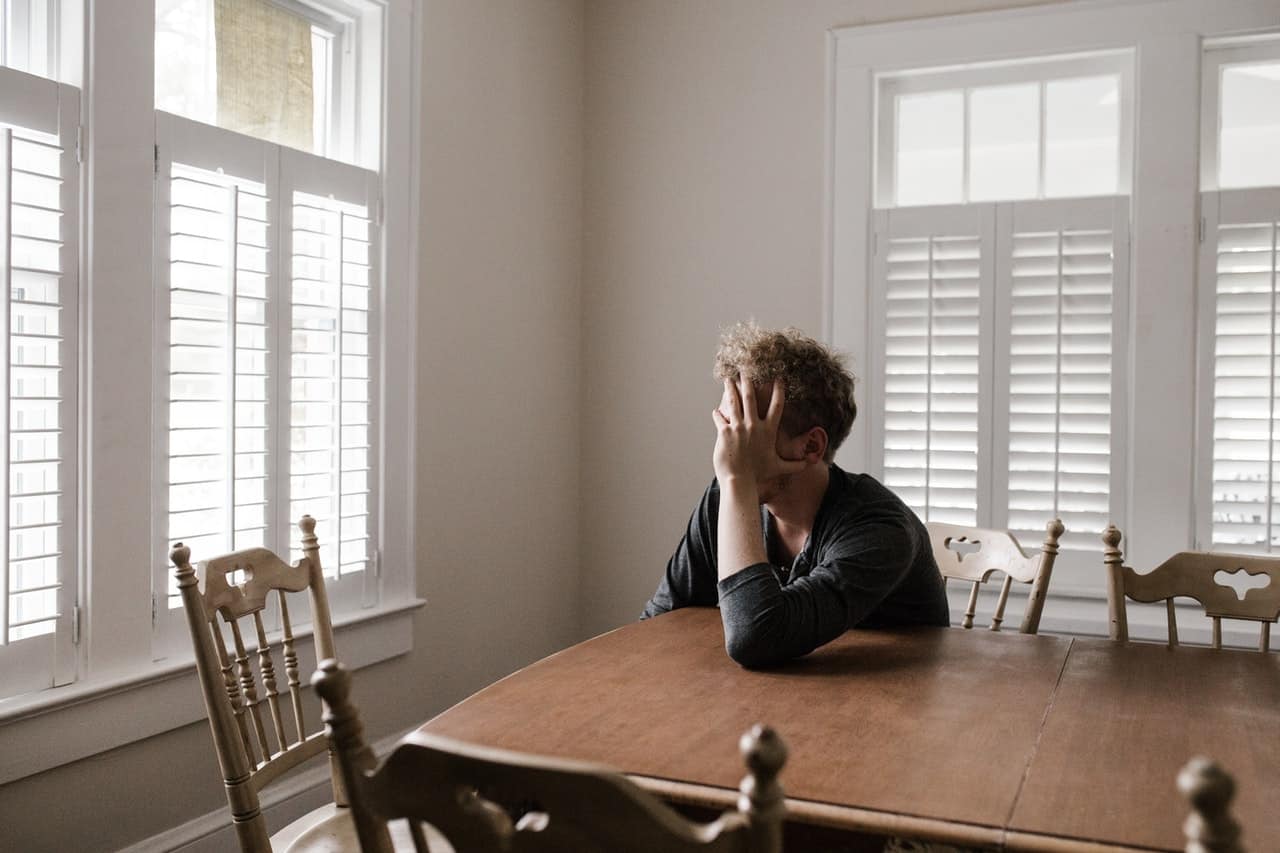 So How is Social Media Affecting Our Mental Health?

Well it’s making me write this blog for one… Jokes aside.

Every single one of us has insecurities, no matter what it may be. Sometimes it’s not a big issue like my impending baldness. Sometimes it’s a big deal like someone attacking our political belief structure, which I wrote an article about here. Whilst the topic of the article attacks the core beliefs of some particularly nasty and venomous people it’s generally good advice for anyone who’s living politically on social media. I have many insecurities for example: I always fear my music isn’t good enough. (I’m a composer in the independent film industry under the name Chan Walrus!) When I see some of the other musicians posting awesome stuff it really hits me where it hurts. I also hate it when people post that they are there for others if things are bad. I often message them to say: “Hey, how’s it going?” Because I think it’s a swell thing to look out for others, but I don’t get a response and it puts me on edge. It’s not even that I usually need to talk about anything it’s just the thought that these people might be ignoring others in the same way, people who might need it.

I touched on this before when I talked about my music, and earlier discussing Instagram. When it comes to social media it’s hard not comparing yourself to others. I often wonder why my short films don’t do so well on YouTube, or why I can’t be good looking compared to my rivals or other stupid stuff like this. When it comes to Instagram, you cannot compete with filters. Then there’s the relationship status on Facebook. Oh wow! Look at that, my good friend Clive is happily single! Oh god, why did I get engaged! Or you are single and you see your best friend is engaged… Then wonder where your wedding invitation was a few months later. Circle back to the insecurities! Am I right? I didn’t wanna go to the wedding anyway, at least I’ll be there for the divorce when they need it!

We have never been so connected in our entire lives. We have never felt so bonded with others, with the ability to see all those family photos of our friends and other family members at the push of a button or the click of a mouth. But how many of us find ourselves alone – well don’t worry, you’re not alone in that, even if you feel like it. The important thing to remember is that it only takes getting into contact with someone to meet up.

Addiction to the Hits

Hits can come in several different ways. By hits I mean a dopamine rush. You will get these from likes on your posts, comments that are favorable, positive responses and shares, immediate responses in communication on chat and more. The problem is that if you stop getting these things, the hits die out and you find you have become reliant on them. These can seriously affect people over time. Let’s say someone is upset and they post about a trauma. They get support. If they post about trauma all the time, the support will dwindle as people get bored, fed up or no longer care. This will lead to the person becoming isolated, comparing their isolation and misery to others, and it will increase their insecurities. All of these things work together horribly and can cause horrendous damage to a person’s mental state. 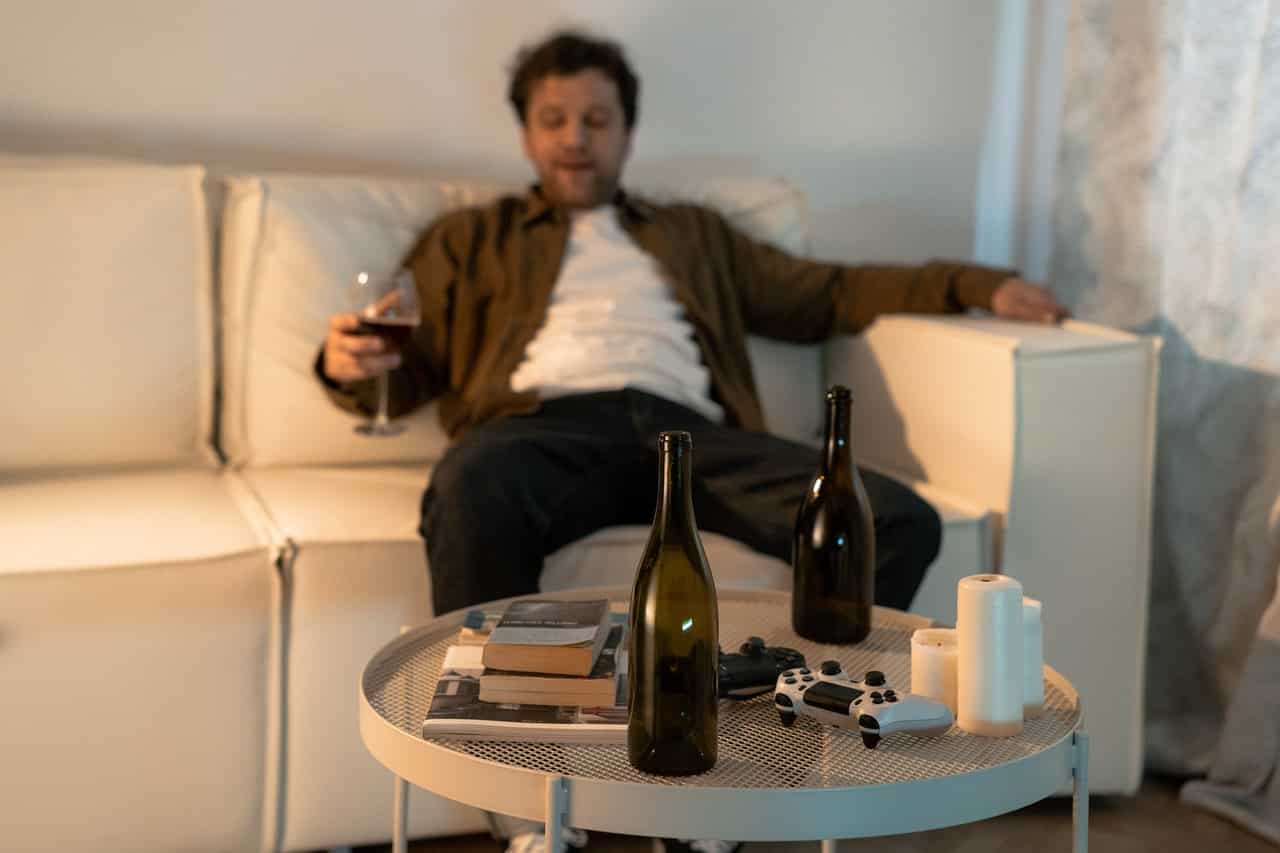 So How Do I Stay Sane?

Whilst these techniques may work for me, and I heavily recommend them, you can’t always rely on the techniques other people use. I hope that they work for you.

I am not the strongest, healthiest or fittest person I know, however I spend a little time every few days doing a few push ups, working on myself, maybe trying to go for a jog, and I walk a lot. I have a manual job in which I focus a lot of my energy on physical work, which I find really helpful. Keeping fit will help you handling your insecurities, self image issues and stop you comparing yourself so negatively to others. At least until someone posts another picture of a guy with a six pack. We can’t all be Thor. I’ll settle for Dionysus.

Reduce The Time You Spend on Social Media

This isn’t always easy to do, but reducing the time you spend on social media will allow you to experience a much better world. You aren’t going to be distracted by the never-ending miasma of nonsense in your feed, constant ads and everything going wrong, and you’ll be able to find focus a lot easier the more you stay away from it. If social media wasn’t one of my main sources of income, I’d ditch out of it forever. No problem.

Do NOT Expect a Response

Whenever I send a message in messenger for example, and this will apply to a lot of you, I find myself waiting for a response. Have they seen it? Yes? If so why aren’t they replying? Oh god, did I say something wrong? Should I have sent her a picture of Dick Van Dyke rather than Dick Dastardly!?! When you send a message, you are most likely to be stuck in the mindset given to us by instant gratification culture. We’re used to getting things quickly? Want an alarm clock tomorrow? Order today, prime it! Want a game? Buy online, download and play today! Send a message? Get an immediate reply! When I send an opening message on Facebook messenger, I archive the message immediately and forget I’ve sent it so it’s no longer my focus. If and when the person wants to contact me, it’ll be a happy little notification dopamine hit. But I’m not going to trap myself in hell waiting.

Spend time with friends, hang out and smile. Giving a good friend a hug for 5 seconds will make you feel better than any message, filtered picture of a girl or guy you like or getting caught up in social media drama. Human beings are social animals, and despite social media being there to provide society at your fingertips, it generally ends up alienating you from everyone you know. You fall out over stupid stuff, and get stressed out seeing all the nonsense that appears online. The best cure for social media is being social, getting along with people and loving the friends you have. Below isn’t the greatest photo, it’s me hanging out with some of my best friends. But I’m really happy they’re part of my life. Treasure the friends and family you have! I’m the ugly git in the green shirt. 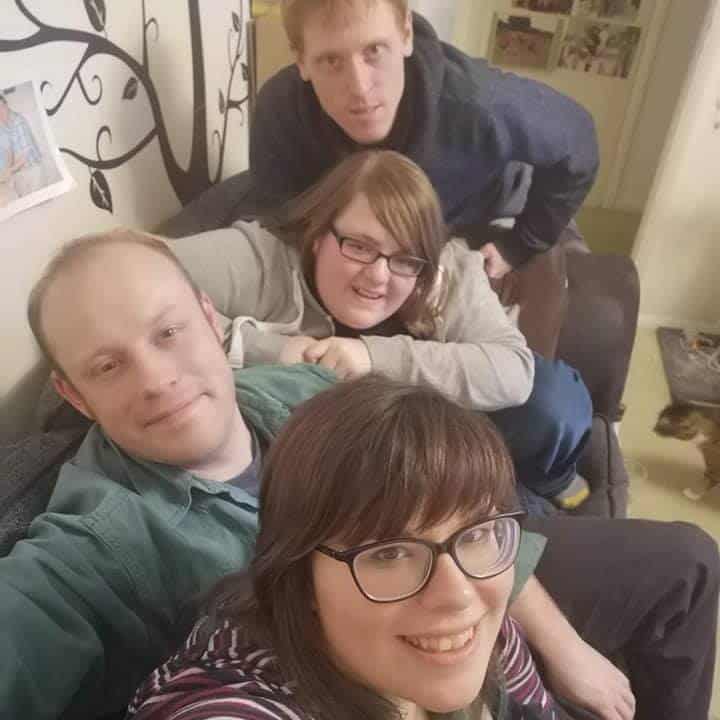 I am the CEO of Ramro Synergy LTD, an up and coming digital synergy firm based in the UK. I work as a blogger, SEO specialist and Web Designer, and my hobbies include making small films and writing music.

Keeping up with and growing your social media following

This website uses cookies to improve your experience while you navigate through the website. Out of these, the cookies that are categorized as necessary are stored on your browser as they are essential for the working of basic functionalities of the website. We also use third-party cookies that help us analyze and understand how you use this website. These cookies will be stored in your browser only with your consent. You also have the option to opt-out of these cookies. But opting out of some of these cookies may affect your browsing experience.
Necessary Always Enabled
Necessary cookies are absolutely essential for the website to function properly. This category only includes cookies that ensures basic functionalities and security features of the website. These cookies do not store any personal information.
Non-necessary
Any cookies that may not be particularly necessary for the website to function and is used specifically to collect user personal data via analytics, ads, other embedded contents are termed as non-necessary cookies. It is mandatory to procure user consent prior to running these cookies on your website.
SAVE & ACCEPT